I was able to interview Tim Lovelace while we were at the Brumley Gospel Sing this year.  First let me tell you a little bit about him. 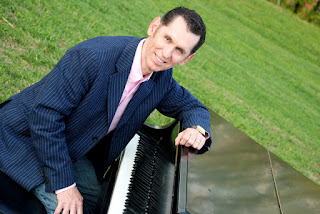 "As a nationally sought after comedian, musician and motivational speaker, Tim Lovelace has been described as the most versatile comedian on stage today. His award-winning musical talents, coupled with his crystal clean humor have people of all ages laughing their ribs loose!

With over three decades of world travel under his performance belt, he has developed his concerts into more than just a great show. He uses humor for a purpose—to motivate and inspire by sharing life lessons through his unique delivery. He is a masterful storyteller, and his heart for others always comes shining through. That is the reason Tim is in great demand for corporate meetings, churches, conventions and concerts of various genres.
Tim’s chart-topping comedy songs are continuously aired on Sirius/XM Satellite Radio as well as other radio stations around the country. His comedy has been featured on videos that have garnered both gold and platinum sales awards.
Tim’s passion for life is contagious and effectual. The excitement in his speaking engagements and comedy concerts cannot be described–they must be experienced.
Tim Lovelace is one funny man who not only wants people to laugh, but most importantly to discover real joy and happiness for this journey of life!"

Now for the interview... I hoped you enjoy it as much as I enjoyed conducting it!


Tim, thanks so much -- it was fun.  Readers, I hope you enjoyed!  If you'd like to find out more about Tim Lovelace and/or his tour, go check out his website.  You can also find him on Facebook and Twitter.