Hey y'all,
While we were at NQC I was able to interview Wayne Haun!  Many of you know that I really like Christmas music and his Cd - Sentimental Season is one of my favorites! :)  First let me tell you a little bit about him. 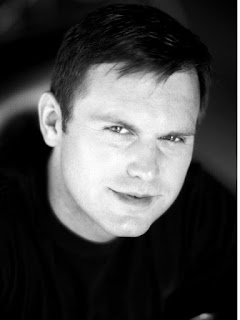 "Producer/Songwriter Wayne Haun is a 5-time Dove Award winner with an unprecedented 45 nominations. Haun entered the music scene in 1995 starting Daywind Music Publishing for industry moguls Ed Leonard and Dottie Miller. Under his leadership DMP became one of the top publishers in Nashville. In 1997, Haun produced his first recording for Daywind Records which earned him two consecutive No.1 songs. From there he quickly established himself as one of the industry's premier producers, and has become one of the most sought-after orchestrators. His production and writing styles vary from Bluegrass to Jazz Vocal. He has also conducted and recorded some of the top orchestras in the world including the Budapest Film Orchestra, The London Symphony, The City of Prague Philharmonic, and the Cincinnati Orchestra. Throughout the late ‘90s and early century, Haun produced several No.1 singles including Greater Vision's My Name Is Lazarus, Just One More Soul and He's Still Waiting By The Well, Legacy Five's I Found Grace, and a list of others. In 1999, Haun produced the Original off-Broadway Soundtrack to Smoke On The Mountain which was praised by both The New York Times and Billboard Magazine. Haun also produced over sixty Top 10 singles during this time. He also co-wrote several No. 1 singles including The Martins' Grace, The Hoskins Family's When The Savior Wipes The Tears From Our Eyes The Perrys' I Wish I Could Have Been There and recently their multi-award nominated single I Will Find You Again. In 2000, Haun was named Producer of the Year by the Southern Gospel Music Association. He also took home the statue in 2001 and 2002. In 2002, BMI named Haun the year's top Dove nominee with nine nominations taking home the award for Bluegrass Song Walkin' and Talkin' and Bluegrass Album The Lewis Family's 50th Anniversary Celebration. In 2004, he received three honors at the Harmony Awards including Producer of the Year, Album of the Year (producer, This Is The Day) and Song of the Year (co-writer, I Wish I Could Have Been There). In 2002, Haun was named Vice President of A&R for Vital Communications in Nashville. There he nurtured and produced several award winning artists including the New York City based Christ Tabernacle Choir, which made appearances on NBC's Today Show, The Republican National Convention and several pre-game concerts for the New York Mets. During his tenure with VCC, he also received several nominations and awards for Mansion Over The Hilltop, the critically acclaimed recording honoring the late Ira Stanphill. This recording contained performances by several top selling artists including Johnny Cash, Geron Davis & Kindred Souls, The Martins, The Cathedrals, Anointed and The New York Symphonic Pops. In 2005, Haun received honors from BMI for his song I Wish I Could Have Been There as one of the top played singles of the year. He was also recognized for producing six of the seven singles honored that evening. Haun currently lives in Nashville and works as an independent producer and arranger for various labels, artists and producers. He is a staff writer for Brentwood-Benson Music Publishing, a div. of Zomba/BMG."

And now for the interview!


Thank you so much for watching. Wayne, thank you so much it was a lot of fun!  Readers, I hope you enjoyed.  If you'd like to keep up with Wayne you can find him on Twitter and Facebook.
~Mercy
at 12:49 PM