Hey y'all, This is without a doubt one of the funnest interviews I've ever been able to do, especially the last 7 minutes or so :). And it was a honor to be able to do this interview. First, let me tell you a little bit about the Kingsmen: 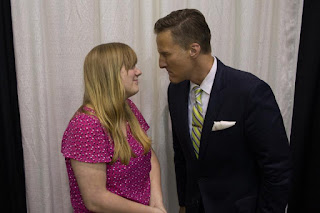 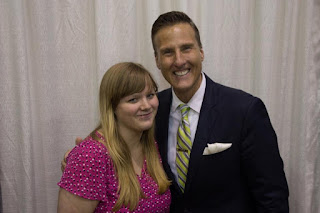 "The successes of The Kingsmen have led to many prestigious opportunities. In 1977, The Kingsmen performed on the south lawn of the White House for President Jimmy Carter and in 1982 they performed at the opening ceremony of the World's Fair in Knoxville, TN which was broadcast on local and regional TV, with President Ronald Regan present to open the fair. The Kingsmen was also the first group to film and record a live performance at the famous Grand Ole Opry in Nashville and in 2000 they were inducted into the Gospel Music Hall of Fame followed by the Christian Music Hall of Fame in 2008. They've garnered multiple dove awards and numerous Singing News Fan awards including favorite bass vocalist, tenor, baritone, lead, instrumentalist, video, the 1992 favorite song "Wish You Were Here" as well as favorite album by the same name, male quartet of the year, and group of the year. The Kingsmen band was voted favorite band a record 17 times making this quartet one of the most awarded groups in Southern Gospel Music. "The key is to never lose sight of what we are working towards" says Ray Reese, Kingsmen manager and bass singer. "We tour year in and year out to spread our music to people across the country. Our music has a message, the message of Christ. Every night we work to bring His message to our audience. Our goal is to see people saved through Jesus Christ whether we're singing indoors, outdoors, in an auditorium, church or studio recordings ". Today the Kingsmen consist of 2008 hall of fame inductee, Ray Dean Reese, his son Brandon Reese, Randy Crawford, Bob Sellers, and Joshua Horrell."

And now for the interview:

If you'd like to see when the Kingsmen will be in your area, go check out their website.
Randy, thank you so much for doing this!  Viewers, I hope you enjoyed!!
~Mercy
at 10:40 AM

Email ThisBlogThis!Share to TwitterShare to FacebookShare to Pinterest
Labels: Moments with Mercy