Hey, y'all!  Who has been to Dollywood during one of their special events?  They're amazing right?  Come see how we spent our day there! 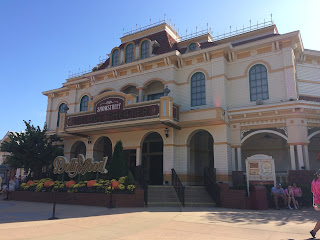 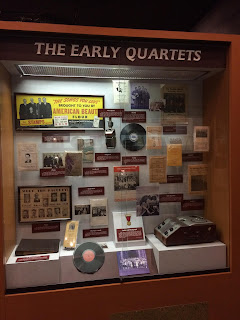 We started the day off at the Trolley Station in the Old Mill District.  The first year NQC was in Pigeon Forge we got EVERYWHERE by riding the Fun Time Trolley, so we decided to take use it to get to Dollywood just for old time's sake.  We arrived quickly, and within a few minutes were able to get signed in and picked up our passes.  Now for the fun to really begin!  After snapping a few photos and grabbing a map, we wanted to stop in and wander the SGMA Hall of Fame for a few minutes.  It is so neat to walk through and see all of the history ensconced in one place.  It was my (Mercy's) first time actually getting to visit the SGMA Hall Of Fame and what a treat this was!  Wandering the place and seeing all the memorabilia... From some of the very first quartets in Southern Gospel and ending with some current groups- it's a place I'd recommend any avid SG fan visit.  It also ends in a gift shop with some really cool cds, dvds, and more! 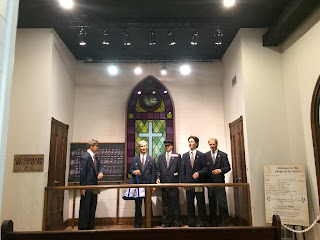 From there, we decided to stop and purchase a souvenir drink cup to use throughout the day.  Refills are $1.10 (tax included), so it made sense for us to do that instead of purchasing multiple 20oz. bottles throughout the day.  Now, which ride to head to first?  The Wild Eagle of course!  It was a favorite the last time we visited a couple of years ago, so it was quickly decided to head that way.  We were not disappointed!  After that we headed to the Country Fair section to ride the Scrambler.  I'm pretty sure we were the only adults in line without little kiddos, but oh well!  Haha!  From there we headed over to get seats at the Pines Theatre to catch the Kingdom Heir's 2nd (and final) show of the day.  It was such treat!  We only get to see the KH a few times a year (the Singing at Sea, NQC, and if we make it to Dollywood), so we loved being able to catch one of their sets this year and see them at "home".  After we hung around to say goodbye we RAN OVER (seriously) to the next theater to see the Inspirations 1st show of 3, which we throughly enjoyed.  We decided to take advantage of The Inspirations being there, and were able to catch all three shows! In between the shows, we would of course run out and ride a few rides before heading back for the next one. 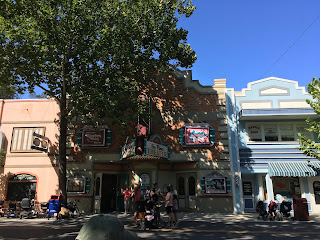 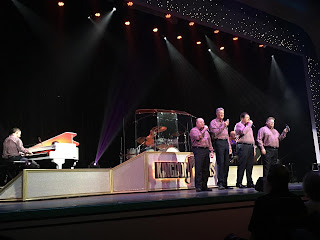 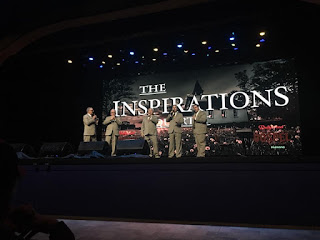 As I mentioned earlier, the Wild Eagle is a family-favorite, so we made sure to hit that one several times throughout the day.  I love that they have this signage with a bible verse on it as you enter the structure.  It was just the three of us in our group that day, so we were able to run back and forth to get in all of our favorite rides, and try some new ones!  The coasters were of course a given. 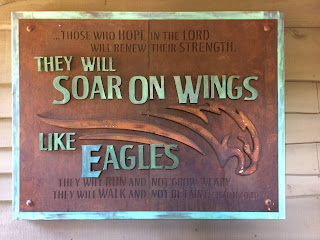 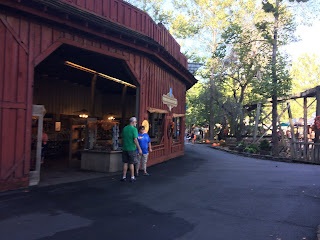 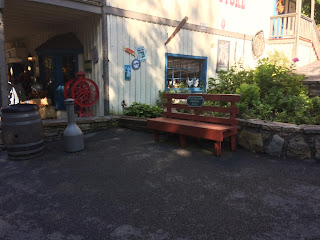 We wandered and rode rides all day long, and as it got dark we excitedly headed for the largest displays of carved and lit pumpkins.  You see all of the setups while you're running around the park during the day, but at night it is truly spectacular and everyone was oohing and aahing constantly over how it looked all lit up.  Sooo many different scenes, sculptures, and themes throughout the displays, and from what I heard this was the largest one yet! 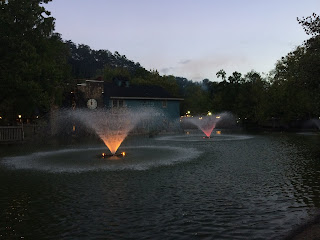 There is also a ton of pumpkin-flavored food available during this event.  My sisters tried a Pumpkin Spice Funnel Cake and absolutely loved it, so be sure to check out all the goodies. 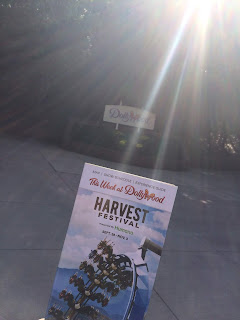 Running from concert to concert, riding rollercoasters, eating funnel cake , viewing all the lights after dark and everything in between it was a such a wonderful day!

As you make plans for NQC, be sure to head on over to the Dollywood website and purchase your tickets!  You definitely don't want to miss getting to take in their Harvest Festival.
at 4:22 PM