The 2018 Fall Singing In The Smokies

Who all has been to one of The Inspiration's famous Singing In The Smokies events?  We have wanted to make it out for years, but due to it being so far from us (it was about a 12hr. drive) we were never able to.  Earlier this year we decided that we'd plan on the second weekend of the Fall Sing, and Lord willing we'd be spending Oct. 19th-21st in Bryson City, NC! 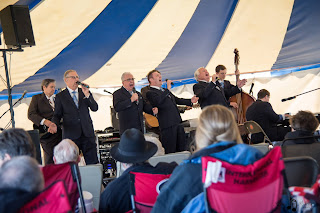 The Inspirations host two Singing In The Smokies every year.. one over the summer (this was a five day event), and one in the Fall (this one was two weekends in a row).  For us it made more sense to plan for the Fall Sing, and we decided to attend the second weekend of the event. 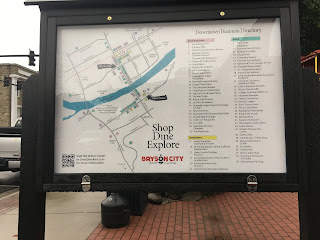 We took it slow driving down, and pulled into Bryson City on Friday evening.  Saturday morning we had time before we had to head to Inspiration Park, so we took advantage of the time to wander downtown Bryson City.  Tried a little coffee shop (MountainPerks - stop in if you're in the area!), wandered some of the gift shops, and just enjoyed the beautiful scenery.  We had plenty of time, so we grabbed lunch and then headed to the Mtn. at about 1:00. 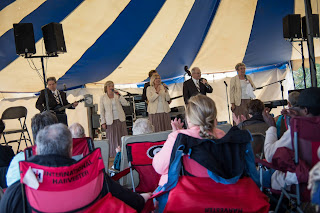 It was pretty neat finally driving up the Mtn. into Inspiration Park after having wanted to go for so many years.  We parked and unloaded our camp chairs (they had folding chairs available, but a lot of people chose to bring their own for comfort's sake), and had time to admire the beauty before the sing started.  First up on the schedule was the ever-popular McKameys, followed by a family favorite and the host group, The Inspirations!  Each group had an hour to sing, there's about a 20 minute break, and then each group got another half hour to sing. In between you can visit with the artists, grab something from the concession truck, or just stretch your legs and enjoy the view!  After the sing is over you can either head out right away or feel free to hang around for a little while and raid the food truck, fellowship, etc.  We liked the schedule because even going out for dinner afterwards we were still back to the hotel in plenty of time to relax, edit and upload some photos, and get ready for the next day. 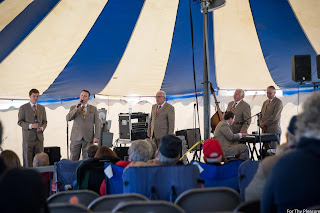 Sunday morning everyone was up bright and early, and ready to head out to the Park to hear a sermon by Roland Kesterson.  I really appreciate that they have preaching as part of the sing as it feels more like you're at a revival than just a normal concert, and it really helped set the tone for the day.  We hung around and chatted for a few minutes, went and grabbed lunch, and then headed back for the concert portion of the day featuring The Old Paths, and of course, The Inspirations!  The schedule pretty much followed the same routine as the day before with each group getting an hour to sing, a 20 minute break, TOP got up to sing a little more, and then both The Old Paths and The Inspirations got up to sing a few songs together and dedicate Amazing Grace to a friend of the Inspirations who was having health problems. 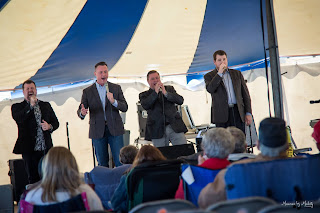 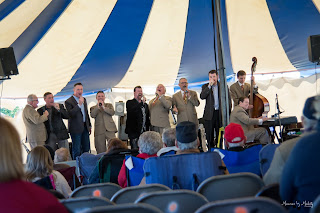 This is a wonderful event, and one we are definitely going to try making again next year!  The good preaching, singing, fellowship and more, made for such a refreshing and encouraging trip.  Being out on the side of a mountain, listening to good godly music, and being surrounded by God's handiwork like that.. you'd be hard pressed to try and beat it!  Add to that the quaint little town of Bryson City, getting the chance to hang out and fellowship with dear friends, and exploring the area for photo opps made it just about perfect.  When we headed out Monday morning we roamed Cherokee and the Great Smoky Mountain National Park for photos... in fact, we took so much time doing that we didn't make it hardly as far as we were first planning. 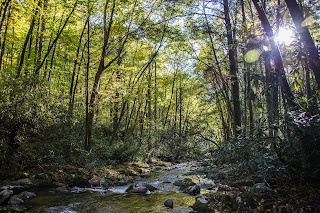 If you're looking at going next year we have just a few words of advice.. 1.  Bring a sweater/jacket.  It gets quite chilly on the Mtn. for some people, and you don't want to be freezing.  2.  Realize that you very well may have no phone service.  I know some people had sketchy reception in and around town, but ours was completely out except for when we were at the Park.  Not a big deal, but just a heads-up. 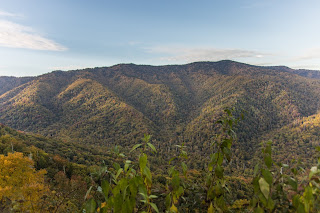 So, who wants to go next year?!  We definitely would like to, and highly recommend you make plans to join us!  A little later on you'll be able to find information for next year's sings on The Inspiration Quartet's Website, as well as their Facebook Page.
at 7:35 AM

Email ThisBlogThis!Share to TwitterShare to FacebookShare to Pinterest
Labels: concert, Old Paths, Singing In The Smokies, Southern Gospel, The Inspirations, The McKameys