I'm so thrilled to be back sharing another interview with you all!
We were able to sit down for an interview with Dustin Doyle (baritone singer for Ernie Haase And Signature Sound) while at NQC this year.
Dustin is no stranger to gospel music having spent 3 years with the popular group Beyond The Ashes before joining EHSS after Doug Anderson's departure in 2015. 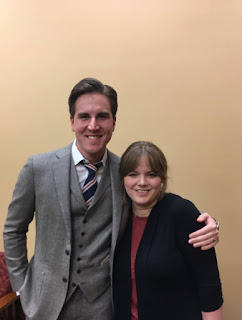 "His excitement of joining EHSS in 2015 is self-explanatory-  "Singing with Signature Sound is a literal dream come true," said Dustin. "I've been listening to them since they started and I feel that God has answered my prayers. He's given me the platform that I’ve always wanted which is to sing amazing music and to make His name great."
Dustin plays several instruments, including guitar, piano, bass, and drums, and also enjoys writing songs and leading worship while at home. 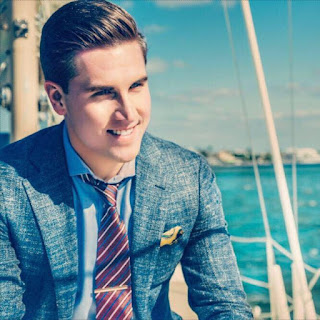 In addition, he's a huge movie buff, specifically Superman and Star Wars, and proud to 'claim' he knows pretty much all trivia-related questions regarding both series'. Dustin also enjoys all things comic book and super hero-related.  He's also a big sports fan, especially the NBA and Major League Baseball.
Family is most important and comes first, however."


Dustin, thank you so much for taking the time out of a very busy week at NQC to do this!  Readers, If you enjoyed and would like to learn more about EHSS head on over to their website!