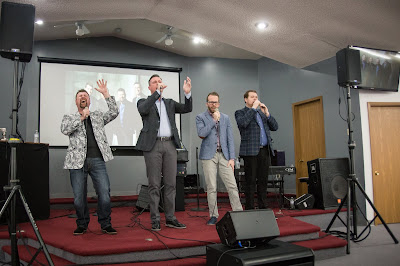 Our apologies for being a little late with this, but life has been slightly hectic around here for a few weeks! On the bright side, we're finally getting a little bit of sunshine and warmer weather (we hit 42 today!) so hopefully we'll be attending some more concerts soon as more groups start to head north! 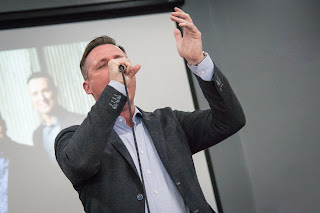 A couple weeks back, we had the opportunity to take a road trip to see the Old Paths in concert - twice! They had concerts scheduled at churches within a half or so of our hotel for Sunday morning and evening, so we made plans to stay around for both concerts.  The morning service was at Grace Community Church in Liberty, IN, and the evening service was at First Southern Baptist in Camden, OH.  Both churches were most welcoming to all in attendance, so make sure to stop by if you go through the area!  As most of our readers probably know, founding member and baritone singer Doug Roark has been out recovering from heart surgery, and Jeremy Chupp has been filling in for him. We've met Jeremy before, but this was our first time to actually hear him sing. While we missed Doug and can't wait for him to be back on the road, Jeremy did an amazing job filling in on the baritone part!  As always, Dan did a fantastic job on the saxophone, captivating the audience from the first note. 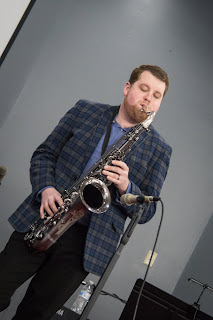 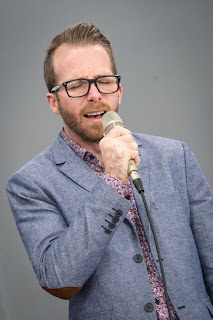 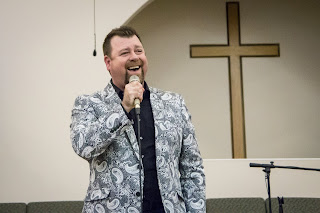 One thing you can always count on when seeing the Old Paths in concert is that you won't just hear great music, laugh a little, or have a good time. While all of these are true, what I love most about the Old Paths is that you will have church at their concerts! This is certainly a group that is geared towards ministry. I have seen the Holy Spirit move time and time again during their concerts, and these were no exception. We were able to hear some of our favorite songs including God's Great, Broken People, I Bowed On My Knees, and many more. It's always nice to have Steve featured on a couple of songs from his solo ministry as well, and we were excited to hear one of his newer songs, I Never Lost My Praise.


One of my favorite moments from the day was the closing song for the concerts, Midnight Cry. This is a classic Gospel song that is usually associated with Gold City, but ever since hearing the Old Paths' rendition, I can't stop listening to them sing it! Tim is, of course, a powerful singer and he gives this song everything. It's a wonderful way to close a concert out, reminding us as believers that we will be leaving this world very soon to be with our Savior in heaven!


If you have never seen the Old Paths in concert before, please do yourself a favor and check their tour schedule for when they will be in your area. I promise, you will not be disappointed! If you love good Gospel music, solid vocals on all four parts, and the definite presence of the Lord, you need to attend an Old Paths concert! 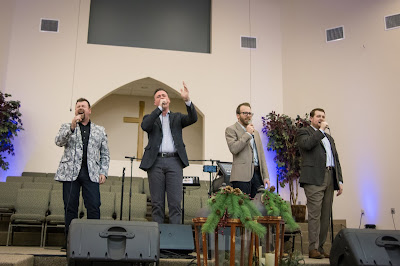