The Old Paths - It's Real #CDReview

Anyone who has followed our blog for any amount of time has probably realized that one of our family's favorite groups is the Old Paths. Since first hearing the group at NQC several years ago, we have followed the group closely. Like many others, we were saddened by the news of their retirement back in 2015, loved seeing their return debut at the Memphis Quartet Show in 2017, and were thrilled by the announcement that they would be full time on the road again at the beginning of this year.

We were excited to receive a copy of their brand new album, It's Real, and let me just say it right now: this is an album every Gospel music fan will want to hear! We have been eagerly awaiting this album ever since we first heard the Old Paths were back in the studio, and our anticipation was definitely not wasted! 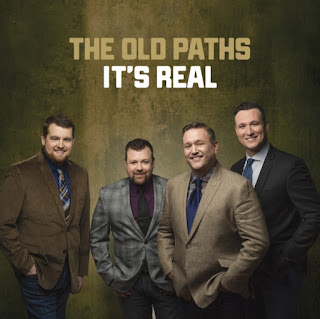 The album kicks off with I Need Jesus To Walk On The Water, an upbeat quartet song. It's a great start to the album and assures us that no matter what we're facing, Jesus is our "Lord in the storm".

The Truth Comes Shining Through features tenor Steve Ladd, and anyone who knows Gospel music knows Steve is a great singer. He sings with power and feeling, and this album is no exception. I love the hook line of this song: "When an open heart meets an open Bible and the Truth comes shining through."

Lord Knows, the first single released from this album, features Daniel Ashmore - who is not just a great bass, but a great singer. This song takes a common saying, "Lord Knows" and reminds us of the fact that in every struggle and trial we face, the Lord does indeed know what we need. He knew about the Red Sea, the walls of Jericho, the fiery furnace Shadrach and his friends faced, and "that same God knows exactly what you're going through today". 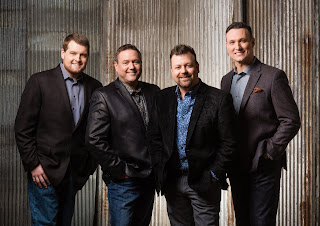 The God I Know is one of my two favorite songs on the album. This one features Tim Rackley, one of the best lead singers in the industry, and has a much-needed message for us today. We've all heard people questioning why God allows so much suffering, or the comments that if God was real, He would stop the wars and pain. I don't want to give away the song (this is one you need to hear for yourself) but as a Christian, the only answer for all the questions, all the pain, all the sin, is the God that I know. Yes, this song will give you goosebumps if you really pay attention to the lyrics!

The title song of the album, It's Real, is the other of my two favorite songs on here. This one features Doug Roark (hands down, one of my favorite baritone singers), and it just fits him so well! If you're having a good day and rejoicing in your relationship with the Lord, this is the perfect song to turn on. Then again, if you're having a bad day, this is also the perfect song to turn on! As believers, we can all rejoice in knowing that "this joyful feeling I feel, it's real"! This one gets turned on repeat just about every time I listen to the CD. 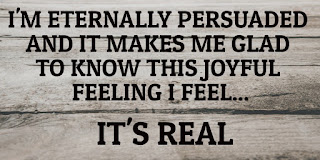 When It Comes To Jesus is a strong song that is one of Mercy's favorites. It tells about Christ's ministry on earth and whatever needs people had, doubts vanished when they brought it to Him. My favorite line is in the chorus: "When it comes to Jesus, all our fears turn to faith..." It's a good one!

The final song on the album is Come Sunday Morning, and this is one of those songs that will have even the most undemonstrative and staid Baptists shouting and raising their hands! (We're Baptist, so we can say that, by the way). Steve takes the verses on this one, and it starts with the sorrow of the disciples as Jesus was laying in the tomb. But as three days slowly came and went, there would be cause for rejoicing Come Sunday Morning! Again, this is one you simply have to hear! 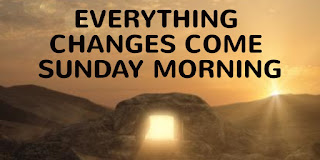 It's Real is an incredible album that our entire family has been enjoying. It has literally been played no less than 30 times since we received it less than a week ago. If you haven't already, pre-order on iTunes today (you'll actually get a download of Lord Knows immediately if you preorder). We cannot say enough how much we love each and every song on here!

*Special thanks to Crossroads for providing a copy for review purposes!
at 12:39 PM